This month Talk this way! offers you to discover a great promising writer and a true Francophile.

Juliette Sobanet writes sassy, fun's women fiction with a French twist. She is also a French teacher.
Her debut novel "Sleeping with Paris " is now available on Amazon! 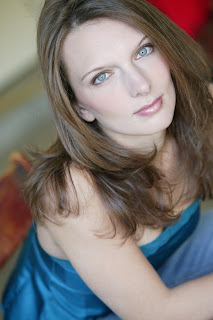 We asked Juliette a few questions about her books and her sincere love of France and French. Here are her answers.

1. Concerning your love of French and France, when did it all start? What was the starting point?
After taking French during my freshman year of high school, I traveled on a school trip to France and, for lack of a more beautiful phrase in English, je suis tombée amoureuse. I loved how charming and old everything was. I loved the cheese, the chocolate, the bread, the cafés.  And I especially loved trying to communicate in French with the natives. I knew immediately that I wanted to study in France one day, become fluent and teach the language to others. So I continued my language studies by majoring in French in college, studying abroad in Lyon, and then completing my master’s degree in Paris. And now I base my books in France. I just can’t seem to get enough!

2. Your main characters are mostly women who are attracted by or to France  (more precisely Paris). Do you think women are more sensitive to the charm of France or of the French language?

Yes, I definitely think France, and more specifically Paris, holds a certain charm that many women simply cannot resist. Paris is one of the most romantic cities in the world. It’s the perfect place to be swept off your feet, to fall in love, to eat decadent food and not think twice about the calories. What woman wouldn’t give up a day in their normal, day-to-day grind to stroll along the cobblestone streets of France, eat a crêpe smothered in Nutella, drink the best glass of red wine they’ve ever tasted, and chat in French with a handsome, charming French man?
3. How much personal experience do you include in your novels?

In all three of my novels I’ve only taken the characters to cities or towns I’ve actually visited in France so that I can describe the setting as authentically as possible. In my first novel, Sleeping with Paris, the main character Charlotte goes through a horrible break-up and then tries to mend her broken heart by going wild in Paris and not falling in love. Like Charlotte and most other women, I’ve also been through some pretty bad break-ups and have also been ready to denounce relationships (that was before I met my husband:). I hoped to make her reactions and emotions relatable, while still being a bit exaggerated, because of course, this is fiction. Charlotte’s adventures in Paris are completely fictional, but some of the hilarious mishaps are inspired by true events that actually happened to me or my girlfriends while studying abroad.
My next two novels, Kissed in Paris and Dancing with Paris, have much more action-packed, mystery plots, so those two don’t include much of my personal experience (thank God:), but I do share some traits with my heroines as I think most authors do.

Besides the obvious answers—the wine, pastries, beautiful scenery, gorgeous language, and the list goes on—what I love most about France is the way I feel when I’m there. I feel completely alive and free, as if anything is possible and I’m right where I’m meant to be. I have such a strong connection to and love for France, I can’t imagine what my life would be like had I not had the amazing opportunity to live and study over there. In fact, I can’t wait to take my next trip back! 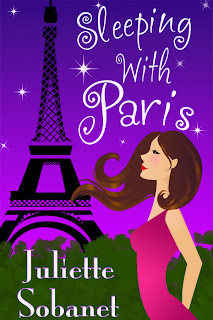 6. The French person you admire the most?
The French person I most admire isn’t a famous actor or actress (although I do love French films). She is a warm, hardworking mother who I had the privilege of living with during my study abroad in Lyon. My French host-mom made the most delicious home-cooked meals every single night, then invited the entire family over for the traditional Sunday dinner (which she cooked from scratch every week, and was nothing short of phenomenal). She kept a beautiful French apartment for her four grown children, and she welcomed me into her home as if I was one of her own. She was the first smiling face who greeted me when I arrived at the train station in Lyon, nervous and unsure if I would be able to handle life in a foreign country. I still keep in touch with her and the family, and she still welcomes me into her home as if not a day has passed since I left France.

7. Have you got any favorite places in France?
My absolute favorite city in France is Lyon. It’s about two hours south of Paris by train, and it’s simply fantastic. It’s beautiful, clean, walkable, charming, and the food is to die for. Lyon is like a mini version of Paris, but much more manageable, and since there aren’t as many Americans there, you have the opportunity to speak French with everyone, which is one of my favorite things to do:)

8. Will we soon be able to find your books in French?
I hope so! I would love to have them translated into French, and will keep you posted if it comes to pass in the near future!

9. Tell us more about your new novel "Dancing with Paris."
Dancing with Paris is my third novel, and it’s a cross between the films “Moulin Rouge” and “Midnight in Paris.” It’s a murder mystery set in 1950’s Paris with a little bit of magic and a lot of romance. That’s all I can say for now, but I’ll be releasing more details about the book in the coming months of my blog, Chocolate for Writers.

10. You're also a French teacher. Why do you think people should learn French?
French is a difficult, but extremely rewarding language to learn. It took me many years of study to feel completely fluent, and even now as a French teacher, I am always adding new expressions to my vocabulary and I can never get enough practice. In my experience though, it has been more than worth it to put years of time and energy into learning this gorgeous language, and I think that if anyone is even remotely interested in learning French, there is no better time than the present.
French is spoken in many countries throughout the world and can lead you to careers that may not have been open to you otherwise. Learning French can open up your eyes to new cultures, new ways of life, and can lead you to opportunities and places you never would’ve dreamed of before. Plus, you’ll be able to communicate in one of the most beautiful languages on earth, and that can never be a bad thing:)

Sleeping with Paris on Amazon.com:
http://www.amazon.com/Sleeping-with-Paris-ebook/dp/B005TNM736/ref=cm_cr_pr_product_top

Welcome to Talk this way!

Talk this way is a new online language school that will give you the opportunity to learn from home or your working place whenever you want and at very affordable prices
check us out at:
http://talkthisway.blueteachpro.com

Talk this way!
Online language school at affordable prices! Visit us at http://talkthisway.blueteachpro.com